The European Southern Observatory has recently released a stunning photograph in the southern constellation of Ara, or “The Altar”. This area has long been known to contain a vast amount of different celestial objects, but until now, no single image has been produced of the region.

At the center of the image is the open star cluster NGC 6193, containing around 30 bright stars and forming the heart of the Ara OB1 association. The two brightest stars are hot giant stars. Together, they provide the main source of illumination for the nearby emission nebula, the Rim Nebula (NGC 6188), which is visible to the right of the cluster. 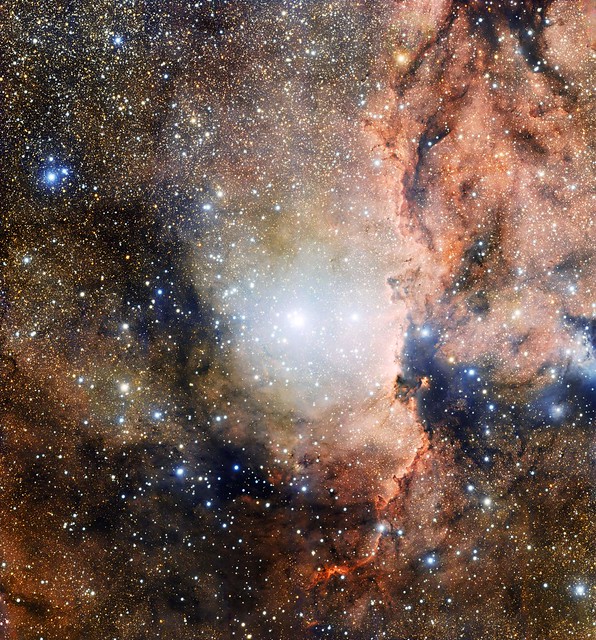 This image shows a section of the Ara OB1 stellar association: in the center of the image is the young open cluster NGC 6193, and to the right is the emission nebula NGC 6188, illuminated by the ionizing radiation emitted by the brightest nearby stars. Image credit: ESO.
Click to zoom