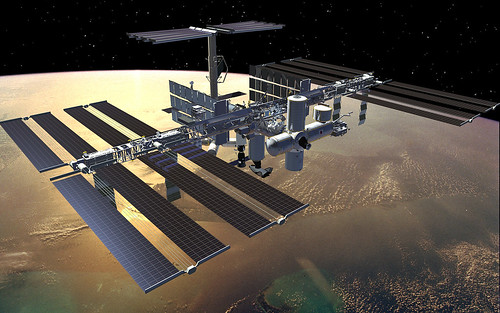 11. Astronauts have a patch of Velcro inside their helmet so that they can scratch their nose when needed.

12. American astronauts on the ISS can vote in elections from orbit by secure email.

13. In 2007, astronaut Sunita Williams ran an entire marathon onboard the International Space Station, simultaneously with the Boston Marathon, that her sister and a fellow astronaut were running in.

14. In 2009, Stephen Colbert won a NASA competition to have a module of the ISS named after him, but NASA opted to name it ‘Tranquility’ instead. They did, however, name a treadmill on the ISS after him. It is called the Combined Operational Load Bearing External Resistance Treadmill (C.O.L.B.E.R.T.)


15. Astronauts in the ISS “do their laundry” by having new clothes shipped to them in an unmanned spacecraft that then has the old clothes put into it and is burnt up upon reentry.