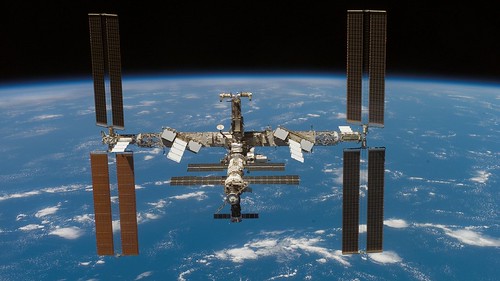 6. There are “oxygen candles” that are used aboard the international space station and when ignited can provide enough oxygen for one person for 24 hours.

7. There are Firefly and Serenity DVDs are on the International Space Station since 2007 as a form of entertainment for the station’s crews.

8. There was a science fiction movie filmed in space aboard the ISS in 2008 called “Apogee of Fear” and it has never been released publicly.

9. The diet of Russian cosmonauts aboard the International Space Station that consisted of jellied fish, borsch, and goulash, caused their shit to be so thick that it kept clogging the $19-million space-toilets.


10. There exists a small memory device inside the International Space Station that contains the digitized DNA of Stephen Hawking, Stephen Colbert, and Playboy model Jo Garcia. It is called the Immortality Drive.