Astronomy For Kids: Neptune, The Eighth Planet From The sun

From today, we will start a powerful and fun resource for kids, astronomy for kids lessons, exploring our universe and space related topics, lessons designed with kids in mind, as well as their parents.

Neptune, the eighth and farthest known planet from the sun, is the fourth-largest planet in the solar system. Neptune is the densest of all the gas giants, and so even though it is slightly smaller than Uranus, Neptune is more massive. 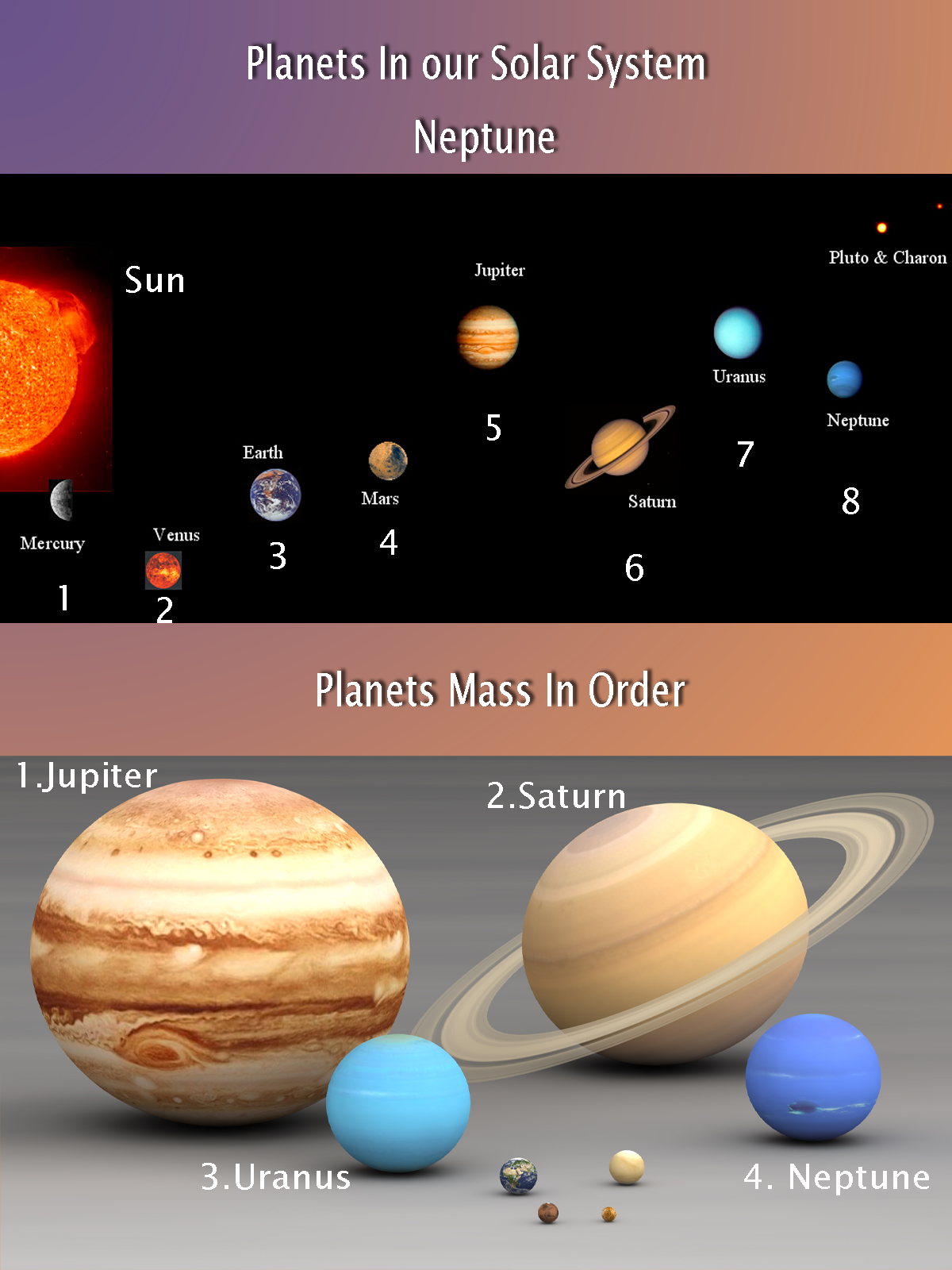 Like its near twin Uranus, Neptune is made mostly of hydrogen and helium, with traces of other materials and ‘ices’ like water, ammonia, and methane. Because of this, Neptune, like Uranus, is sometimes referred to as an “ice giant.” 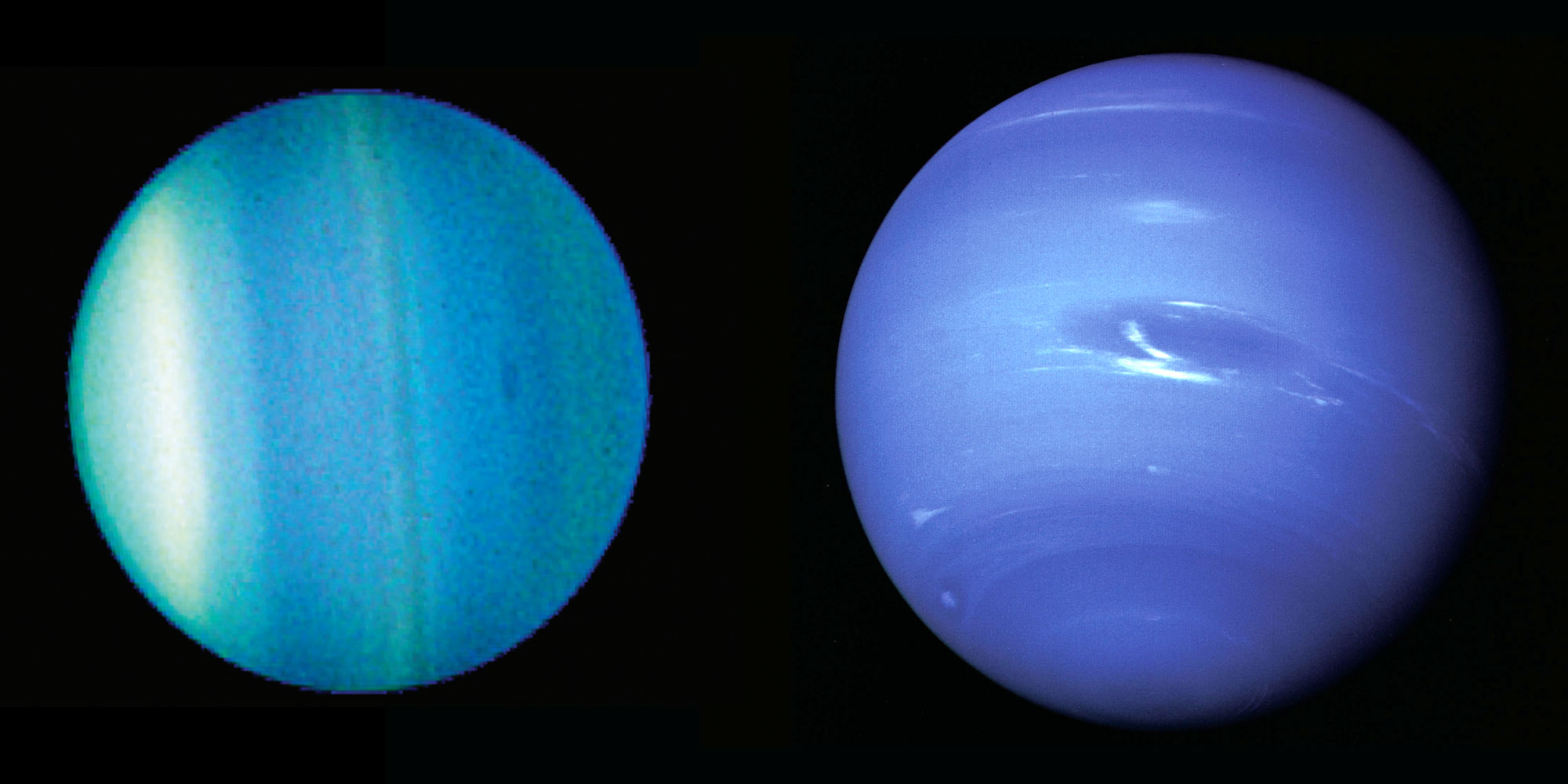 While Uranus has a hazy, mostly unremarkable atmosphere, Neptune has active and easily visible weather patterns, which gives it a more distinctive appearance.

Like Uranus, Neptune has methane in its atmosphere which gives it a blue color. However, Neptune appears a darker blue than Uranus, and scientists are not sure why. When the Voyager 2 spacecraft flew by Neptune in 1989, the planet had a “Great Dark Spot” much like the “Great Red Spot” on Jupiter, but by 1994 the spot had disappeared completely.

Neptune has the strongest winds of any planet in the solar system, with speeds recorded as high as 1300 miles or 2100 kilometers per hour.

Neptune is also one of the coldest places in the Solar System, with atmospheric temperatures of about -360 F or -218°C.

Neptune was the first planet to be discovered through mathematical predictions instead of being seen, as it is too faint to be observed with the unaided eye. As early as 1821, astronomers noticed that Uranus’s orbit was behaving in a way that could best be explained by the gravity of another planet tugging on it.

In 1843, John Couch Adams calculated where the orbit of this mysterious eighth planet would be, but nothing came of it. Three years later, in 1846, French mathematician Urbain le Verrier made his own calculations and convinced German astronomer Johann Gottfried Galle to search for the undiscovered planet, which he spotted on September 23, 1846.

The newly discovered planet was called ‘Neptune’, after the Roman god of the sea, probably because of its deep blue color. A name from Roman mythology was chosen to match the names of the other planets.

Neptune is nearly 2.8 billion miles or 4.5 billion kilometers from the Sun. Because it is so far, it takes an incredibly long time to complete one orbit, about 165 years. From the time it was discovered in 1846, Neptune did not complete a full orbit until 2011, and it will not complete its next orbit until 2176, the 400th birthday of the United States!

Another interesting fact about Neptune’s orbit is the way it intersects with Pluto’s orbit. Because Pluto’s orbit is so irregular, it crosses inside of Neptune’s path for 20 years of every 248. Between 1979 and 1999, Pluto was actually closer to the Sun than Neptune, something that won’t happen again for more than 200 years.

Neptune has a system of six known rings, although they are so faint that they were not discovered until 1968. Neptune’s rings are unusual in that they are not smooth and even like the rings of other planets, but are instead distributed in uneven clumps of dust and ice.

There are 14 known moons orbiting Neptune. Only the largest moon, Triton, is large enough to be round – the rest are irregular in shape. Only one spacecraft has visited Neptune: Voyager 2, which passed the planet in 1989. 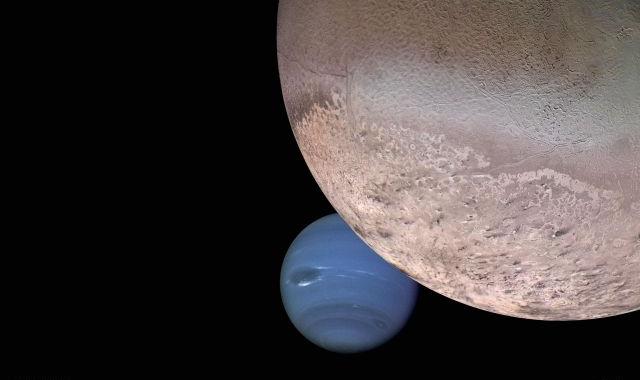 Neptune was the final objective for the Voyager probe, and it passed extremely close to the planet. Voyager 2 discovered 5 of Neptune’s moons, 4 of its rings, and took photos of the Great Dark Spot.

It also made some detailed observations of the largest moon, Triton, before continuing on its path out of the Solar System. Distant and mysterious, Neptune may still hold many discoveries for the scientists of the future. I hope you enjoyed learning about Neptune, the last planet.