Astronomers Search for the Twin of Our Twin Among the Stars

What if, in our quest to find another Earth, we happen upon another Venus? We should celebrate, of course. Venus is often called Earth’s “twin” because it shares of lot of our home planet’s physical characteristics: surface area, composition and density.

Also, roughly speaking, both planets inhabit the area around the Sun’s habitable zone – though Venus is near the inner edge, while we on Earth occupy the relative center.

Bearing the similarities and differences in mind, scientists have officially identified and characterized what they’re now calling the “Venus Zone,” the area around a star in which a planet is likely to have similar unlivable conditions that can be found on the planet Venus.

“We believe the Earth and Venus had similar starts in terms of their atmospheric evolution,” said Stephen Kane, one of the researchers, in a news release. “Something changed at one point, and the obvious difference between the two is proximity to the sun.” 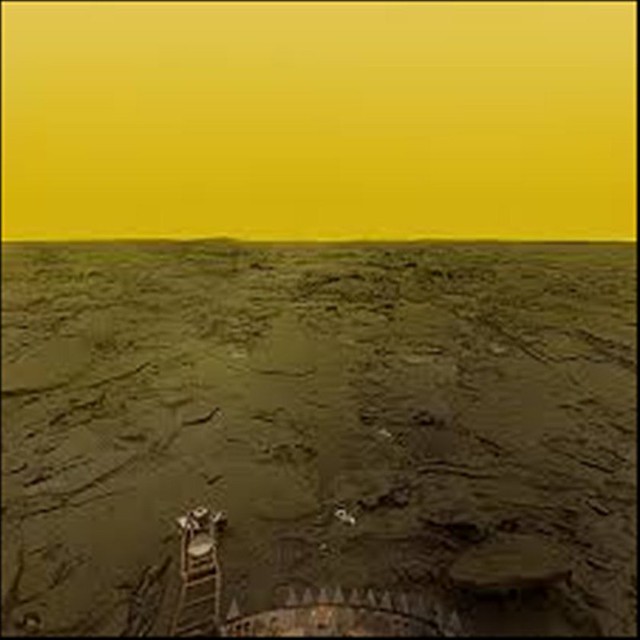 The Kepler telescope is used to find planets outside our solar system, called exoplanets, located within or near the habitable zone in which a planet can hold liquid water on its surface. Earlier this year, Kane was part of an international team of researchers that discovered one such planet orbiting the dwarf star Kepler-186.

The main way this search is conducted, however, is by looking for exoplanets that are roughly the same size as Earth. That, according to Kane, poses a problem because our own solar system contains two planets of the same size—Earth and Venus—that have vastly different atmospheric and surface conditions.

“The Earth is Dr. Jekyll and Venus is Mr. Hyde, and you can’t distinguish between the two based only on size,” said Kane, who runs a website tracking known exoplanets. “So the question then is how do you define those differences, and how many ‘Venuses’ is Kepler actually finding?”

They have given the Venus zone an inner and outer edge. The outer edge is where the habitable zone starts – that’s the threshold where an atmosphere like Earth’s will be pushed into becoming a runaway greenhouse, says Kane. The inner edge is where a planet loses its atmosphere.

“We calculated that the inner edge is where a planet would lose its atmosphere, because a star’s radiation pressure would literally blow a planet’s atmosphere away.”

These are only potential Venus-like planets because while they are the correct size and fall in the Venus zone, the Kepler space telescope cannot determine if these planets have an atmosphere, which is necessary for a Venus analog.

“We would need to use something like the planned James Webb Space Telescope to see if planets have an atmosphere,” said Kopparapu. “If a planet has an atmosphere dominated by a greenhouse gas such as carbon dioxide, is the right size and has the correct amount of light falling on it, then it might be a Venus-like planet.”

A preprint version of the paper is available on the Arxiv website. The research has been accepted for publication in Astrophysical Journal Letters.