These phase variations happens as different parts of the planets are illuminated by its parent star, in much the same way that Earth’ moon cycles going through different phases.

And based on these phases, the discoveries were both spectacular and extreme:

Cloudy for the morning, turning to clear with scorching heat in the afternoon.

We determined the weather on these alien worlds by measuring changes as the planets circle their host stars, and identifying the day-night cycle.

We traced each of them going through a cycle of phases in which different portions of the planet are illuminated by its star, from fully lit to completely dark.

The exoplanets astronomers observed are situated very close to their host stars, they are expected to rotate counter-clockwise. Therefore, in the case of these massive planets, this causes an eastward movement of the exoplanet’s surface which results in cloud cover during the night but clear skies during the day.

As the winds continue to transport the clouds to the day side, they heat up and dissipate, leaving the afternoon sky cloud-free.

These winds also push the hot air eastward from the meridian, where it is the middle of the day, resulting in higher temperatures in the afternoon. 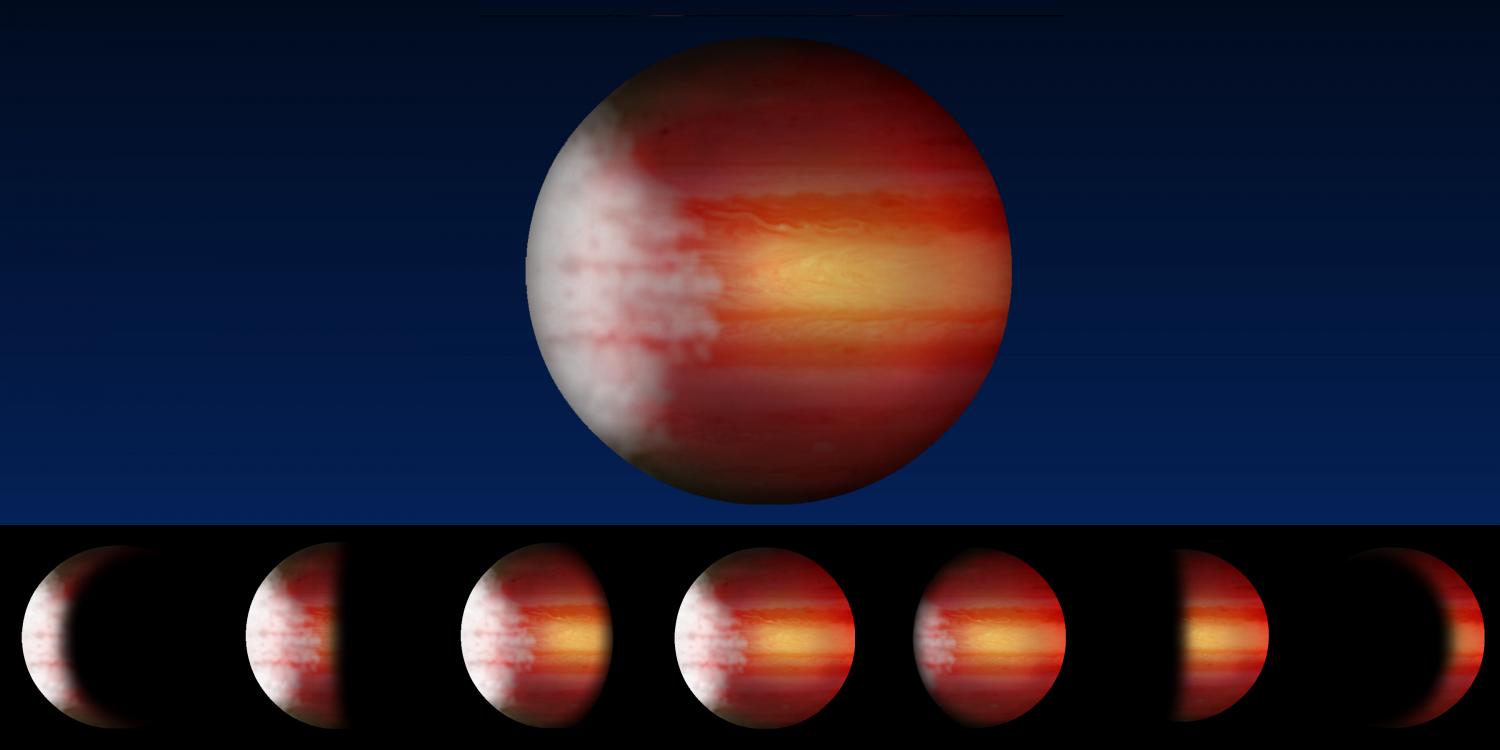 In four of the planets — Kepler-7b, Kepler-8b, Kepler-12b and Kepler-41b — which are much cooler, the astronomers found an excess brightness in the Kepler data that corresponds to when the morning side is visible, most likely because of reflected starlight. The hottest two planets of the six exhibited excess brightness when the evening side is visible.

By comparing the planets’ previously determined temperatures to the phase cycle measurements provided by Kepler, we found that the excess brightness on the morning side is most likely generated by reflected starlight. These four planets are not hot enough to generate this excess light through thermal emission.

The excess light seen on the two very hot planets can be explained by thermal emission. A likely explanation is that on these two planets, the winds are moving heat towards the evening side, resulting in the excess brightness.

Upcoming space missions should reveal many more small planets around bright stars that will make great targets for detailed studies.

Someday soon we hope to be talking about weather reports for alien worlds not much bigger than Earth, and to be making comparisons with our home planet.

Most of the planets examined in this study are very hot and large, with temperatures greater than 1,600 degrees Celsius (2,900 degrees Fahrenheit) and sizes comparable to Jupiter. Although these conditions are far from hospitable to life, lucky for astronomers they are bt excellent for phase measurements.

Note: The Kepler space telescope was the ideal instrument for the study of exoplanet phase variations, according to the researchers. The telescope’s very precise measurements and the vast amount of data it collected over its initial four-year mission allowed astronomers to beat the noise and measure the tiny signals from these distant worlds.