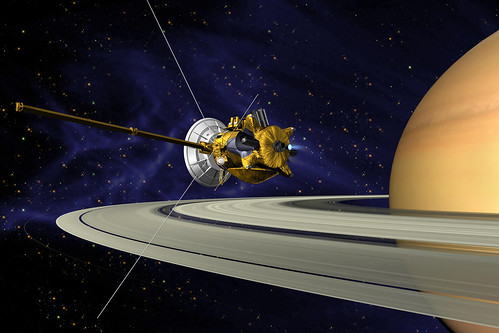 21. Carl Sagan wanted to include the Beatles “Here Comes the Sun” on the golden record sent into space on the Voyager spacecrafts. The Beatles said yes, EMI said no.

22. It takes NASA and Voyager I approximately 32 hours to communicate with each other, with a bandwidth of 115.2 kbps.

23. Engineers who designed the Voyager mission planned it to avoid planetary encounters over Thanksgiving and Christmas.

24. It is predicted that the Golden Records (containing samples of Earth greetings, sounds, and music) attached to the Voyager 1 and Voyager 2 probes will remain intact for 1 billion years.

25. In 1999, the Mars Climate Orbiter disintegrated after entering the upper atmosphere of Mars. This occurred because one team used imperial units, and another used metric, destroying the orbiter and wasting hundreds of millions of dollars.