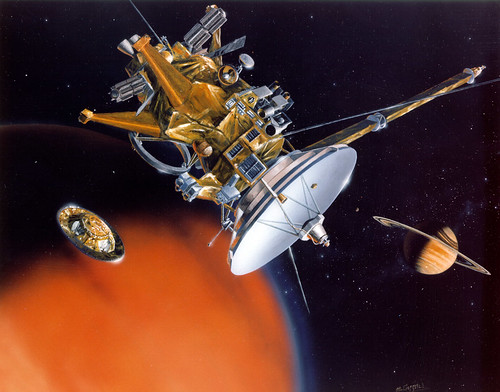 16. According to Cassini’s data from 2008, Saturn’s moon Titan has hundreds of times more liquid hydrocarbons than all the known oil and natural gas reserves on Earth. “It’s a giant factory of organic chemicals”, said Ralph Lorenz, leader of the relevant study.

17. When the New Horizons spacecraft reaches Pluto, it will have a data transfer rate of just 1Kb/s.

18. The New Horizons spacecraft is the fastest object to have ever been launched. It passed the Moon’s orbit in just 9 hours after its launch, a trip that took the Apollo astronauts three full days.

19. In early 2015, the unmanned spacecraft, “Dawn”, is scheduled to arrive at Ceres, a dwarf planet and the largest object in our solar system’s asteroid belt.

20. Voyager 1 was launched after Voyager 2, but it moved faster and eventually passed it.