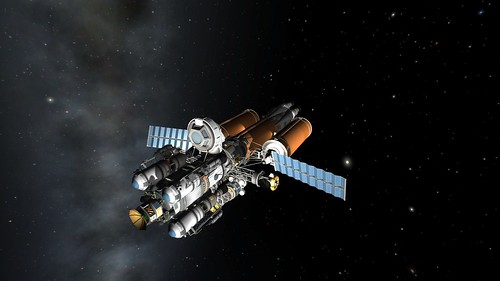 10. The Soviet Venera landings revealed that the surface of Venus is essentially basaltic in composition based on geochemical measurements and morphology of volcanic flows.

12. There is an ION propulsion (Deep Space 1) spacecraft that has just been idling in space for the last 12.5 years.

13. When the spacecraft Cassini sent a probe to Saturn’s moon Titan, the European Space Agency forgot to turn on a receiver and thus missed half of the images.

14. The Cassini probe can internally track all the objects in the Saturn system and can even track specific points on specific bodies.

15. The New Horizons spacecraft heading to Pluto carries a Florida state quarter symbolically to pay Charon, the ferryman to the realm of the dead (Pluto).