The alien worlds run the gamut from small and lifeless chunks of rock to gargantuan globes of gas. These planets each have its own extreme features and crazy phenomena. Here are 25 amazing facts about planets. 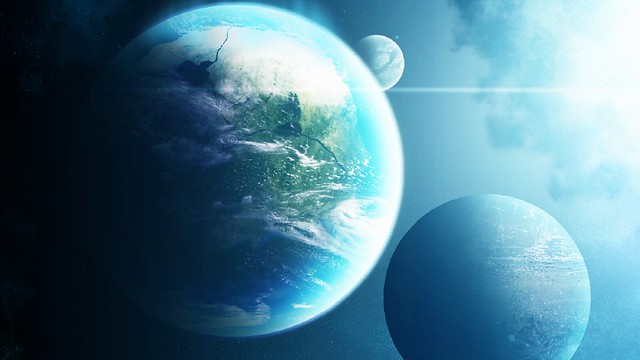 1. Astronomers have discovered a planet where it rains glass (silicate) sideways, in howling 7,000km-per-hour winds. This gives the planet a blue hue. It is 63 light-years from us.

2. NASA has discovered a “waterworld” planet 40 light-years away that may contain exotic materials such as “hot ice” and “superfluid water.”

3. 51 Pegasi B is a gas giant located 440 light years away from us which has temperatures reaching 1000 to 2000°C. Due to such high temperatures, it rains iron there.

4. Jupiter is shrinking at the rate of about 2 cm each year because the planet radiates more heat than it receives from the Sun.

5. Scientists have estimated that there are nearly 2 billion earth-like planets in the Milky Way alone.