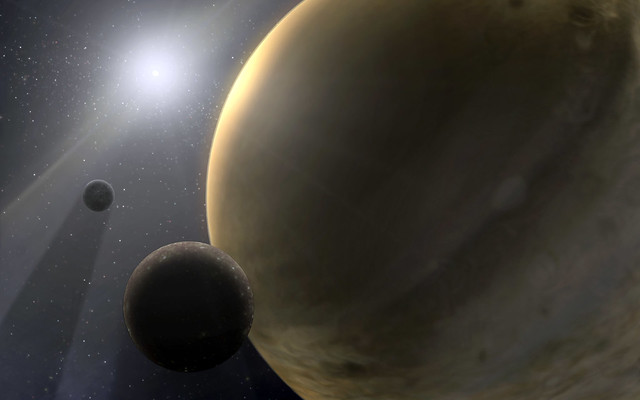 6. There are rogue planets floating through space completely alone, not orbiting any stars. It is also possible that some of these pitch-black planets might support life.

7. Uranus is actually the only planet that rotates sideways and kind of “rolls” around the sun rather than “spinning” like any other planet in our solar system.

8. It rains diamonds on gaseous planets like Neptune and Uranus. They contain methane that at high pressures and temperatures turn into diamonds which then fall to the center of the planet.

9. Scientists have discovered a Neptune sized planet (GLIESE 436 B) that is fifteen times closer to its star than Mercury is to our sun. It is full of water, but due to its massive gravity, water is densely packed together pulled towards the core much like ice with temperatures reaching 439 degree Celsius. It is known as burning ice.

10. NASA’s Kepler spacecraft has discovered a giant planet the size of Jupiter 750 light years away that is blacker than coal. It is the darkest planet yet discovered by scientists. It reflects less than 1 percent of the sunlight falling on it.