From clouds dancing across the Milky Way to a stunning solar eclipse over Kenya, the annual competition showcasing the mysterious depths of our universe has revealed some incredible images. West Midlands-based photographer James Woodend beat over a thousand amateur and professional photographers from around the world to win the title of Astronomy Photographer of the Year 2014.

1
Aurora Over a Glacier Lagoon by James Woodend 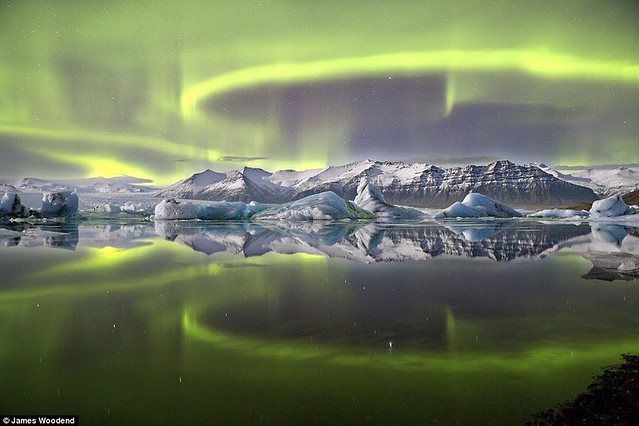 A bright green aurora reflects off a glacial lake against the backdrop of a snow-covered mountain range in an incredible photo that took home first prize in an astrophotography competition.

Representatives of the Royal Observatory in Greenwich, England, have awarded James Woodend — the photographer behind the stunning aurora image — the overall prize in the observatory’s Astronomy Photographer of the Year contest for 2014. The winners of the contest (which is in its sixth year) were announced on (Sept. 18).

“Although this is not a strong aurora, they sometimes make the best reflection shots,” Woodend said of his image in a statement. “The water was very still — you can see the icebergs floating in the lagoon and their reflections. In the background is the Vatnajökull Glacier.”

The British photographer captured his winning photo in Iceland’s Vatnajökull National Park, with the glacial Jökulsarlon lagoon in the foreground.