When Voyager 1 blasted off from Earth on September 5, 1977, it was designed to last for five years. Today, the space probe continues to communicate with NASA. The farthest manmade object from Earth, Voyager 1 may keep exploring space for another 10 or 20 years before its power runs out. Meanwhile, check out these cool facts about the spacecraft and its mission.

5
Voyager 1 has an identical twin 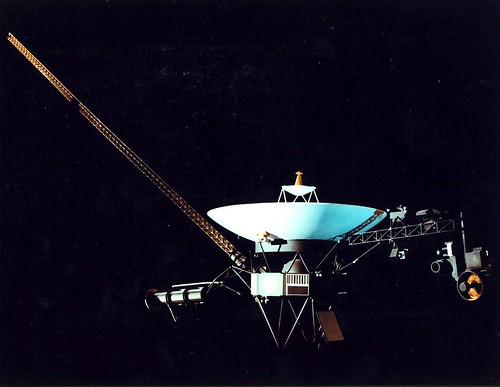 In the early 1970s, the National Aeronautics and Space Administration (NASA) developed a mission called Voyager to make a “grand tour” of Jupiter and Saturn — and possibly Uranus and Neptune if all went well. The agency planned to launch a pair of unmanned spacecraft on different trajectories to thoroughly study the planets from multiple angles.

Voyager 1 and Voyager 2 are identical in construction. Each weighs around 1,500 pounds. Each is equipped to conduct 10 specific experiments, ranging from taking pictures to measuring atmospheric plasma concentrations. Each contains about 65,000 individual parts.

(Some of those components represent technology that might seem laughable now but was cutting – edge at the time, such as a digital eight-track recorder.) When they were launched in 1977, the Voyagers were designed for a five-year lifespan, but both have outlived that projection by 30 years.