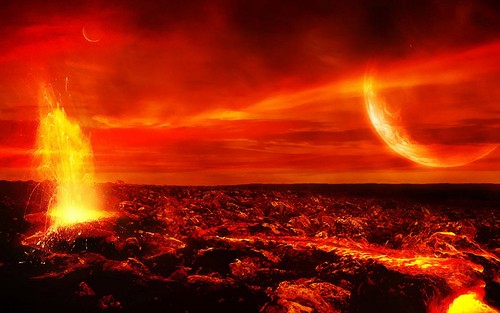 Many areas of Alpha Centauri Bb would be so hot its surface would exist as molten lava. (click to zoom)

Alpha Centauri Bb Orbit: Alpha Centauri Bb revolves around its host star at a distance of only 3.7 million miles (6 million km), 10 times closer than Mercury orbits the sun, as a result of its close proximity it takes only 3 days to make one complete orbit.