At a pink limestone quarry in Sweden, scientists have discovered a new type of meteor. This new space rock could hold the secret to the “explosion” of life on Earth nearly 500 million years ago. In this limestone quarry, west of Stockholm, workers have found 101 meteorite in the past 20 years, all of them are part of an iron-poor class called the L chondrites.

They’re the second most common class of meteorite, because 470 million years ago, the Earth has experienced an intense bombardment by L chondrites.

L chondrite meteorites are remnants left after a collision between two asteroids. Scientists think that a small asteroid (of unknown origin and composition) crashed into a larger one, which broke apart into the L chondrites that then showered the Earth.

That smaller asteroid has been lost to time and space…until now. This new meteorite could be a fragment from that mysterious asteroid.

According to one popular idea, this intense meteor shower caused just enough destruction to open up ecological niches and drive life to diversify into a richer assortment. life suddenly began to flourish on Earth. The early Ordovician was a time of intense diversification, and many new species emerged. 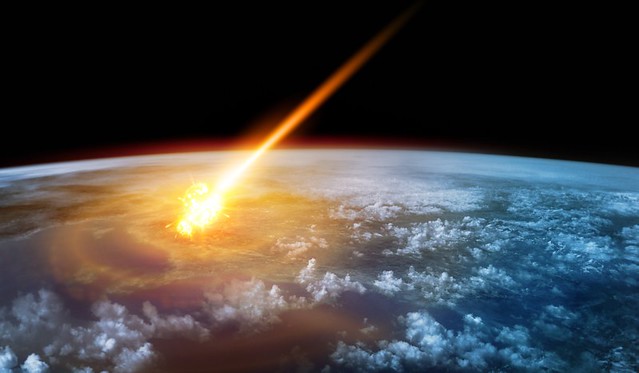 The new type of meteorite distinguished from known meteorites by small differences in its composition of elements. Researchers plan to search other quarries for possible fragments from the same asteroid.

He says. In which case, he adds, it is a direct remnant of one of the most violent events in our solar system’s history.