A Look At The Most Valuable Things On This Planet

What kind of price would you pay for the things you value most? Your family, your property, or even your life. Humans value things we deem desirable or necessary. So, with that said, what are the most valuable things on Earth?

On Earth, right now, there is an estimated 5 trillion dollars worth of actual currency in circulation. This is known as M0 in economics. But even with all the actual physical money in the world, we have things that are valued more than all the physical cash combined.


2The country currently valued to be worth the most is the United States, being worth up to $220 trillion dollars when you include all its assets.


3The most valuable objects on Earth are anti-matter particles. It is so expensive due to the need to invest massive amounts of money to obtain them.


In 1999, NASA predicted that a single gram of antihydrogen, the anti-matter counterpart of hydrogen, would cost upwards of $65 trillion dollars to produce. For a size comparison, a paperclip weighs roughly the same as a gram. With the same amount of money and current untaxed gas prices, you could buy, roughly, 55 trillion gallons of oil or about $207 trillion liters. That’s almost enough oil to fill 83 million olympic-size swimming pools or to be the 25th largest lake by volume in the world, and all for the same price of a single gram of antihydrogen.

So what is this anti-matter stuff? To put it as simply as possible, anti-matter is made up of atoms that consist of anti-protons, anti-neutrons and positrons. They’re given these names because, if they come in contact with what can be considered their opposite, they will annihilate each other.

Because there was more matter than anti-matter at the beginning of the universe, we got left with regular matter and almost no anti-matter particles, which is what makes them so rare. Anti-matter is extremely useful because it has the highest energy density of any material in the universe and it can achieves a 100% mass-to-energy conversion, even nuclear fusion has a mass-to-energy conversion ratio under 1%, this means that, a anti-matter would be the ultimate fuel source.

So, what is the most valuable thing on Earth? 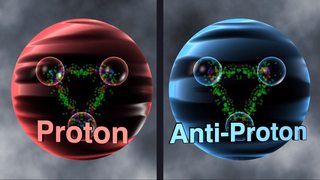 4It’s important to note that the value of things change. Currently, the most valuable thing on Earth is the biosphere, which is the inhabitable environment and atmosphere on Earth. The biosphere has been estimated to be worth upwards of 300 quadrillion US dollars. This is simply due to how much it costs to create a sustainable environment for humans (and other organisms that are necessary for our survival on Earth.)

This estimated value is based on a failed project known as Biosphere 2. The project was focused on making a controlled environment and atmosphere completely cut off from the one we are currently in. Initially, as a way to test the building facilities on planets to survive on them. The occupants were to grow their own food and had five wilderness areas to produce oxygen for them. The project’s costs roughly 200 million dollars in 1990, for a facility that was supposed to be able to sustain at most 8 people, along with an array of different insects and plants for two years. This 200 million dollars in 1990 would fix for inflation is about $360 million dollars today.

Given that the facility was made to sustain at most 8 people, and Earth sustaining 7.2 billion, when calculated out , we can come to a rough conclusion that the biosphere, up the Earth, is worth at least 300 quadrillion dollars — and we get it for free!.

But, as said, the project was a failure due to internal conflict with the management six months in, but there were red flags. With high levels of CO2, most of the insects that pollinate it, died off and they were having difficulty producing enough food. So, there’s a potential for the value to exceed 300 quadrillion. But, as we increase our technological capabilities, it’s likely that oil, anti-matter and even the price of making a new biosphere could one day be much cheaper and fluctuate their price value.

Featured image: ©stickersticker.
© Content from this site must be hyperlinked when used.