Physicists have figured out some extremely fine details of the universe, from the radius of black holes to the behavior of subatomic particles neither of which we can even see. It may surprise you to learn, then, that they lack explanations (or have only recently stumbled upon them) for many common phenomena we observe in daily life. As you’ll learn in the following pages, some of the most mysterious things of all may be those that, on the face of it, seem mundane. 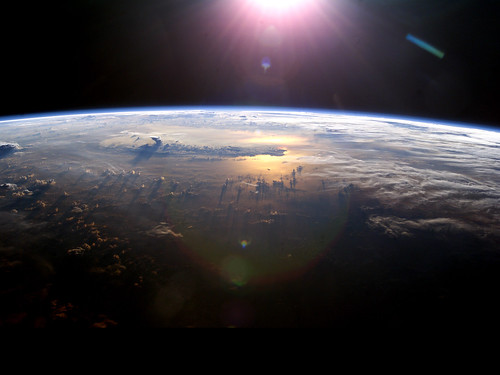 Satellites stand out as a notable recent addition to the stars, but we seldom ever think about the concept of orbit.

We know the general idea—an object circles around a planet or other large object in space and never falls.

But the reason orbit happens is surprisingly counterintuitive.

When an object is dropped it falls back to the surface. However, if it is high enough and moving fast enough, the earth curves away from it before it can impact.

The same effect prevents Earth from colliding with the Sun.