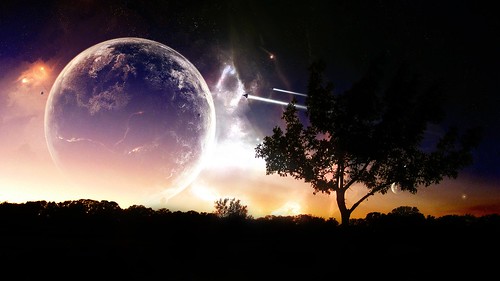 The universe is vast and unknown. It holds many mysteries. And possibly the biggest mystery is how the universe was created. Scientists have suggested that there was a massive explosion billions of years ago called The Big Bang.

That theory is now generally accepted, and scientists are looking for trails of energy left behind from the colossal explosion that created a trillion stars. Yet there is no absolute proof. But the creation of the universe is something too big to happen so simply.

Religious folks will say God/Allah/Vishnu created the universe. But scientists will say that there was a Big Bang, and that there is energy from the bang moving through the universe, and they are trying to locate the epicentre. So, the debate continues.

*nbsp;Religion vs. Science is probably the biggest conflict in the world. But what is religion? There are so many different types. And the difference between the Christian religion and Greek mythology? No one believes in Greek mythology anymore.

But what is science? And math? Things created by man. So before saying that man created God and science proves it, people should realize man created science as well. And maybe, the universe is just something made up in our minds.
Source: https://goo.gl/SpezUy