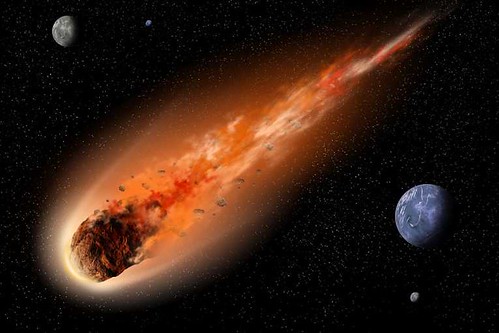 From the death of the dinosaurs, to the disappearance of the creatures in the Permian Era, mass extinctions are occurring even now. Sometimes, the cause is clear. We are destroying the biosphere and the atmosphere, and scientists predict that in the next 100 years, 50% of all living species will become extinct.

But sometimes, the real reason is unclear. It may have been due to competition from other species, dramatic climate changes, or the impacts from an asteroid/meteor (the last one being quite a popular one). Yet some questions remain unanswered. Why was it that some species died out, and others survived, some to this day (famous example: the coelacanth).

While some people believe that those species were unable to cope with the (possibly) new surroundings, others are not convinced.

To this day, they are a mystery, and without a time machine, we may never know. Other popular theories include:- flood basalt events, smaller asteroid showers, global warming/cooling, sea level drops.