Despite centuries of research, we know very little about the world outside our world. While terrifying, this notion is also captivating, so we decided to scour the final frontier’s many mysteries to bring you 5 problems, incidents and oddities that even the world’s brightest scientists can’t seem to solve. 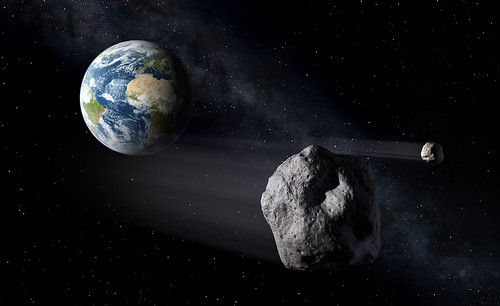 A space object of unknown origin called 1991 VG is floating around the heavens above. Its Earth-like orbit and fast fluctuations in brightness suggest that the 30-foot entity isn’t simply an asteroid or remnant from the space age, as was initially assumed.

About 20 years ago, the object made a close approach to Earth that some believe was indicative of a controlled encounter rather than a random encounter. Is 1991 VG an alien probe as these people have suggested? We’ll have to wait years for even a chance at the answer.

The object is currently too far from our planet to investigate. However, if the mysterious body stays on the same path, it should approach Earth again in 2017. Can’t wait!