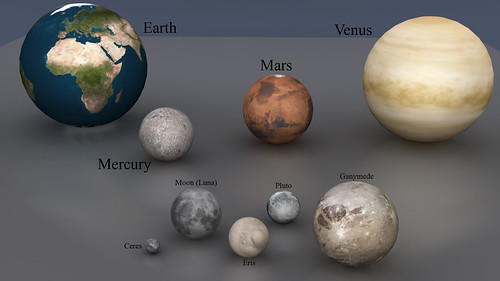 Though there is certainly quite some debate currently raging over dwarf planets, what we can agree upon is this: they’re essentially large planetary bodies which haven’t cleared their orbit enough to be considered their own planet, but which at the same time aren’t orbiting another planet in a way that could cause them to be considered a moon.

There are actually five dwarf planets in our solar system; one of them is the recently reclassified Pluto. The other four are Ceres, Eris, Haumea, and Makemake.