Humans have walked on the Moon and sent machines to the surface of Mars—and we’re even close to getting a Voyager probe beyond our solar system. But that is just the beginning. As science marches on, it seems that all those incredible suits, ships and space colonies we were given by science fiction may actually be just over the horizon. 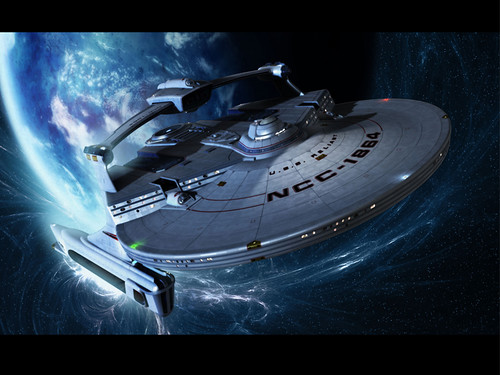 A warp drive is a propulsion system that enables you to travel many times faster than light, by manipulating the fabric of time and space. It’s the thing that enabled the Starship Enterprise to boldly go where no man has gone before.

People who build space things for a living are often big fans of Sci-Fi shenanigans—and they’re usually more than ready to see whether or not life can imitate art. In 2012, a NASA research team revealed that they’re working on a Star Trek-style warp drive.

In fact, they already have several ideas (such as wormholes and negative mass propulsion) as to how they may eventually be able to make warp drives work. The most prominent possibility at the moment is based on a 1994 theory by Miguel Alcubierre.

This idea is based on “expanding” the fabric of space behind the ship, and “retracting” the space ahead—which would make the ship move forward as though it were riding an enormous conveyor belt.