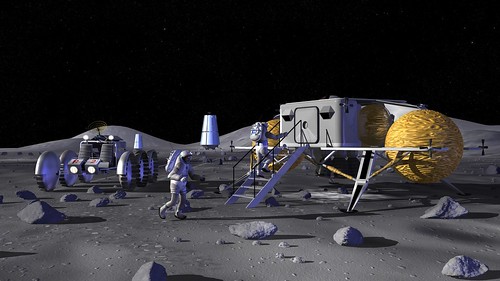 A moon base is pretty much the first thing we would build if our job allowed us to mess around in space. So it’s strange to think that no one has actually built one yet. But this inconvenient fact might be about to change.

It just so happens that we might get something even better: a base on the side of the moon that faces away from Earth.

NASA has plans to station a manned craft at a Lagrangian point called “L2” (in other words, an area on the far side of the moon where the combined gravities of Earth and the moon reach equilibrium).

Apart from enabling efficient exploration, and giving its crew the perfect excuse to practice their Bond villain laugh, the L2 station would act as a gateway base for future manned missions to Mars.