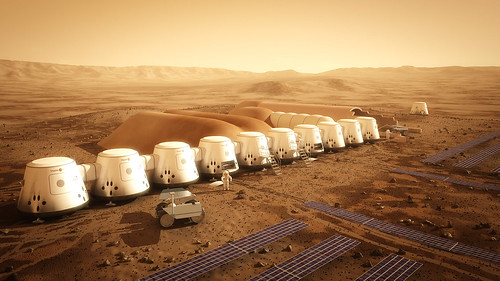 Elon Musk, the founder of PayPal, has turned his successful gaze towards space. His space transport company, SpaceX, works in co-operation with NASA — and it’s the first private company to make deliveries to the International Space Station.

But Musk aims higher: his long-term plan is to begin the colonization of Mars. Not merely with some Antarctica-style research station, either; he aims to build a self-sustaining settlement of more than 80,000 people. That’s more than the entire population of Bermuda.

Although the necessary technology is still in the development stage, Musk has already calculated the cost of his venture. It turns out that the project is surprisingly affordable: it could get off the ground with a mere $36 billion.

If “a mere” sounds a little inappropriate, bear in mind that the 2012 US military budget was $683.7 billion. This is good news for us: a spaceship ticket from Earth to Mars could cost as little as $500,000. Musk makes no mention of a ticket back, however.