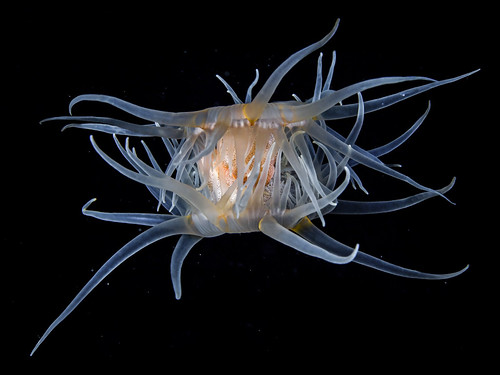 And it’s as ruthless as it looks—anemones like the gorgonian wrapper produce something called a cnidocyte, which is essentially a small, toxic shrapnel grenade. Cnidocyte cells line the tentacles of anemones, and when a fish brushes against one (or millions) of them, a trigger activates and the cell explodes, sending paralyzing harpoons into the fish.

The biological process that fires the anemone’s venom is one of the fastest reactions in the animal kingdom. It takes less than 700 nanoseconds for the cnidocyte cell to shoot its deadly load (a nanosecond is one billionth of a second).