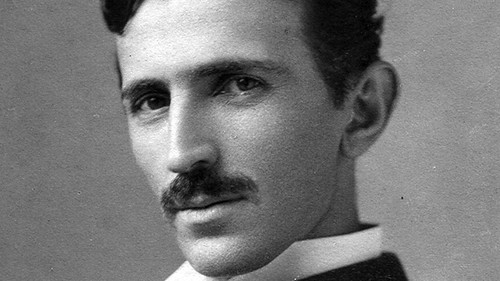 Nikola Tesla may have been one of the most brilliant scientists in human history, but he also falsely claimed to have received artificial signals of extraterrestrial origin—he said they were from Mars or Venus.

In a letter to the New York Times, Tesla wrote of how Mars, of the two planets, could support life. He viewed the distance of the planets from the Sun in terms of evolution. Venus was at a youthful stage, perhaps unable to fully sustain humanoid life.

Earth was at full growth. Mars had reached old age, yet it had passed through prime biological and technological evolutionary stages. Tesla suggested ways to improve our means to communicate with Mars, first by relocating our observatories to send clearer signals through the atmosphere.

In 1937, Tesla’s work led him to believe that he could win the Pierre Guzman Prize of 100,000 francs for “the first person who will find the means of communicating with a star and of receiving a response.” The prize rules excluded contact with Mars, however, because that would have been “too easy.”

The public has never had a chance to analyze Tesla’s supposed observation, but it is likely that he actually detected the pulsing of distant stars. This was far from the intelligent transmission he had claimed to see, but it was still an impressive accomplishment.