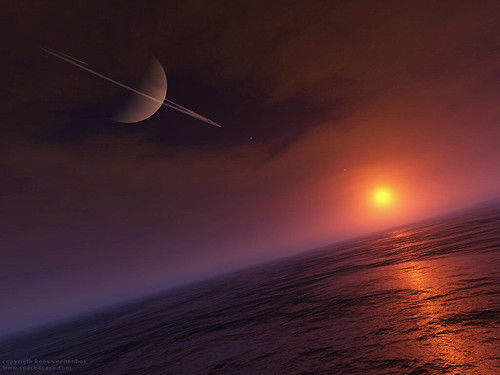 In June 2010, NASA’s Cassini probe found that Titan, one of Saturn’s many moons, has a very dense atmosphere. Since then, two studies have raised further questions about Titan’s nature. The first, from the journal Icarus, showed that traces of hydrogen gas from Saturn’s atmosphere were disappearing on Titan’s surface.

Sunlight and cosmic rays may also be responsible for the vanishing chemicals. The most interesting explanation is biological—an organism is breathing in the hydrogen and consuming the acetylene.

Such an organism would be unlike anything currently known to exist. It would be a methane-based life-form, which has never been observed.NASA scientists who talk of Titan’s methane-beings stated that we have no proof of them.

We’ve just observed conditions consistent with their hypothesized existence. But that didn’t stop newspapers from claiming to quote NASA in saying “alien life exists on Saturn’s moon.”A design for a proposed Saturn moon lander, the Titan Mare Explorer (TiME), is still under development in NASA.