While humankind has accomplished some remarkable feats on the planet, the fact remains that: “There are more things in heaven and earth, Horatio, than are dreamt of in your philosophy”. Shakespeare had summed it up for us in the 16th century. The universe spans 150 billion light years or more, and with that stretch to manage, scientists are constantly discovering weird and strange phenomena and materials in the space, trying to understand how they work. Here are 5 of the most record breaking objects:

5
The Planet from Hell 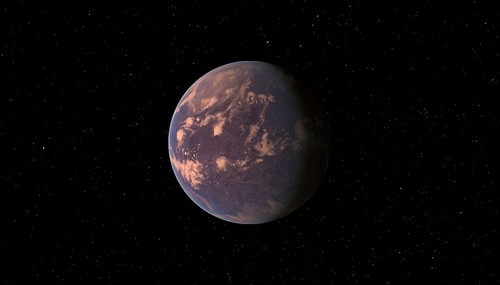 Named the Gliese 581 c, scientists believe that this is the most likely planet to blame for future colonization.

The planet orbits a dwarf star, which is several times smaller than the sun, and has a luminosity which is just 1.3% of the sun.

Being closer to its sun, the planet is caught in a state of tidal locking. It means one of its sides is facing the star always, while the other is perpetually facing away.

So, as you step onto the lit part of the planet, your face will burn off, whereas stepping on the other part will freeze you immediately.