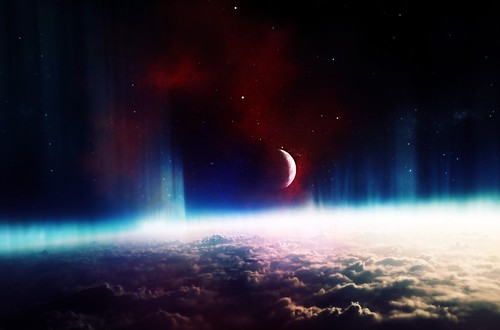 Imagine an enormous cube of granite, with each side stretching for 100 miles. One day out of every year, a sparrow comes and polishes his beak on the granite cube for one minute. When the cube is polished into nothingness, thus passes a second in eternity.

This analogy captures an enormous stretch of time but, as long as this may be, it is still finite. Eternity, meanwhile, is infinite and endless by definition. Although humans largely cannot grasp eternity, we have at least tried to symbolize it.

Perhaps the two most popular symbols of eternity are the circle—which has no beginning or end—and the “lemniscate” symbol, which resembles a horizontal figure eight.

In theology, eternity has a more specific meaning: the endless “life” after death. Theological eternity believes we all have a distinct beginning in time (conception) but no actual end. It’s assumed that both consciousness and identity transcend death, so that specific souls continue to exist forever.