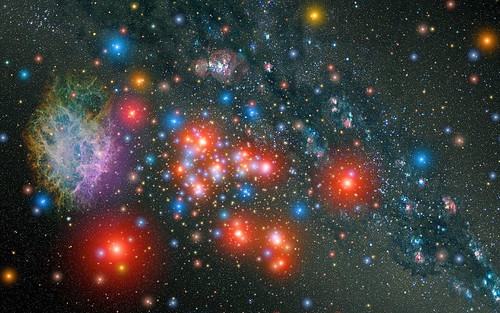 Large-scale time units are difficult for the human mind to grasp. Epochs and eons are just words instead of understandable concepts. The larger the time unit, the further it is removed from our everyday life, and the more unfathomable it becomes. Strangest of all is deep time.

Measured in billion-year increments, deep time is used to discuss and understand the mechanisms of cosmology, geology, and evolution. On the scale of deep time, the Big Bang is believed to have occurred 13.7 billion years ago, while Earth was formed about 4.6 billion years ago.

Roughly one billion years later, simple life forms began to emerge. Many people simply do not accept these fantastic time lines, rejecting carbon-14 and doppler shift dating techniques that are widely accepted by scientists, simply because their brains cannot fathom them.

Of particular note are the so-called “New Earth Creationists” who insist Earth is 6,000 years old, as supposedly proclaimed in the Bible.(Skepticism and questioning assumptions is the foundation of the scientific method, and thus perfectly acceptable, but we don’t have time for that discussion here.)