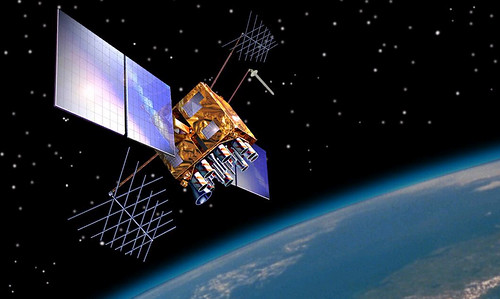 Physicists consider time a fundamental dimension of the universe, but the assumption that time’s just one steady, linear flow has been convincingly overthrown by Einstein’s theory of relativity. Time, once thought to be simple and absolute, is actually influenced by speed and gravity.

Ever wonder how your phone knows you just passed a turn you were supposed to make and is now urging you to make a U-turn? The global positioning system (GPS) in your phone is linked to a network of 24 satellites that each carry precision atomic clocks.

Compared to ground clocks, these satellites “lose” seven microseconds per day because they are in a slower time stream. Without constant compensation, even this extremely small time loss would accumulate rapidly, with errors as large as six miles in a day.

GPS systems are able to make these constant minute adjustments because acceleration “slows down” time, and the faster something moves, the “slower” it ages. Physicists call this effect “time dilation.” Under its influence, a space voyager could return to Earth after a 20-year voyage to find himself hundreds of years in the future. To carry time dilation to its absolute extreme—as we approach the speed of light, it is possible that time stops and immortality begins.