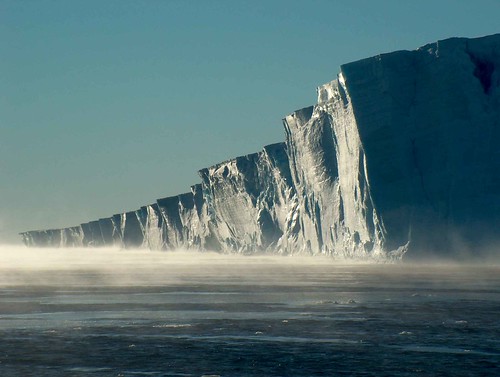 In 2002, over the course of about one month, Antarctica’s Larsen B ice shelf collapsed into the Weddell Sea. Its original surface area was about 3,250 square kilometers (1,250 mi2). This monstrous ice shelf was 220 meters (720 ft) thick and weighed a whopping 720 billion tons.

That’s a lot of weight to disappear so suddenly. To the shock of scientists, when it happened, the land that had formerly been under the ice rose.

The shift was significant enough to cause changes to underground rock and lava flows, raising new concerns about the stability of local volcanoes. If all the ice covering Antarctica were to melt, the land would rise in the same way.

Ocean levels would also rise by roughly 60 meters (200 ft). Most of Antarctica’s terrain is depressed by the weight of its thick ice sheets. Because they’re so heavy, a great portion of the continent’s land is currently resting below sea level.