As the Earth rotates on its axis and orbits the Sun, the Sun orbits the center of the Milky Way at a rate of 800,000 kilometers (500,000 mi) per hour. It’s dizzying how remarkable the universe has remained since its inception. Earth is a tiny piece of a much larger puzzle, and yet, its composition and inner workings are still extraordinary.

5
Earthquakes Are No Rarity 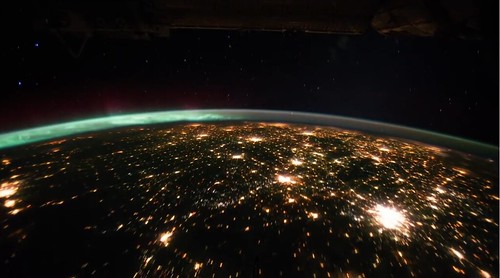 If we take the entire world into account, earthquakes occur an estimated 500,000 times per year. About a fifth of these quakes can be felt by humans. Microearthquakes and minor earthquakes, which are both too minute to be sensed by people, occur at a rate of approximately 8,000 per day.

The quakes that can be felt—but cause little to no damage—occur around 55,000 times annually. You might not realize what’s happening right under your feet. Moderate to great earthquakes (5.0–8.9 on the Richter scale) do cause damage. They occur nearly 1,000 times per year.

The stronger earthquakes occur less frequently, of course, but the injury and fatality rate for those is much higher. Extreme earthquakes are the rarest kind documented. They occur once every 20 years or so, registering 9.0–9.9 on the Richter scale.

A 1556 quake of this magnitude in China killed more than 800,000 cave dwellers. There’s never been an earthquake documented at above 10.0 on the Richter scale. A “mega-quake” of such proportion is highly unlikely. Longer faults create more powerful quakes, and no identified faults are long enough to cause a disaster of that scale. Smaller quakes, though, are shaking up the Earth all the time.