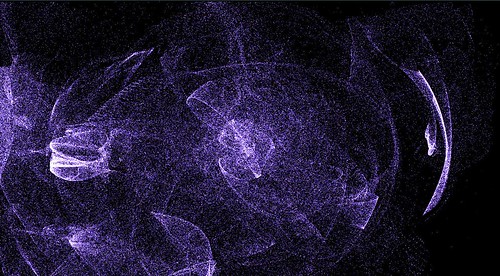 When an electron meets its antimatter twin, a positron, the two are annihilated in a tiny flash of energy. Two photons fly away from the blast.

Subatomic particles like photons and quarks have a quality known as “spin”. It’s not that they’re really spinning – it’s not clear that would even mean anything at that level – but they behave as if they do. When two are created simultaneously the direction of their spin has to cancel each other out: one doing the opposite of the other.

Due to the unpredictability of quantum behaviour, it is impossible to say in advance which will go “anticlockwise” and the other “clockwise”. More than that, until the spin of one is observed, they are both doing both.

It gets weirder, however. When you do observe one, it will suddenly be going clockwise or anticlockwise. And whichever way it is going, its twin will start spinning the other way, instantly, even if it is on the other side of the universe. This has actually been shown to happen in experiment (albeit on the other side of a laboratory, not a universe).