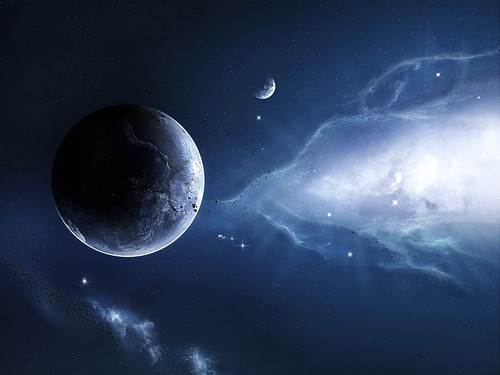 According to the special theory of relativity, there is no such thing as a present, or a future, or a past. Time frames are relative: I have one, you have one, the third planet of Gliese 581 has one. Ours are similar because we are moving at similar speeds.

GPS satellites, of course, are both moving quickly and at significant distances from Earth. So their internal clocks show a different time to the receivers on the ground. A lot of computing power has to go into making your sat-nav work around the theory of special relativity.