Physics is weird. There is no denying that. Particles that don’t exist except as probabilities; time that changes according to how fast you’re moving; cats that are both alive and dead until you open a box. We’ve put together a collection of 5 of the strangest facts we can find. If you feel we’ve missed any of your favourite physics weirdnesses off the list, do tell us that as well.

5
Almost all of the Universe is missing 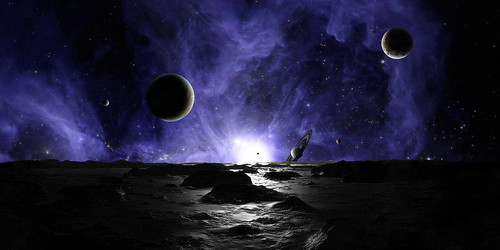 There are probably more than 100 billion galaxies in the cosmos. Each of those galaxies has between 10 million and a trillion stars in it. Our sun, a rather small and feeble star (a “yellow dwarf”, indeed), weighs around a billion billion billion tons, and most are much bigger. There is an awful lot of visible matter in the Universe.

But it only accounts for about two per cent of its mass. We know there is more, because it has gravity. Despite the huge amount of visible matter, it is nowhere near enough to account for the gravitational pull we can see exerted on other galaxies.

The other stuff is called “dark matter”, and there seems to be around six times as much as ordinary matter.
To make matters even more confusing, the rest is something else called “dark energy”, which is needed to explain the apparent expansion of the Universe. Nobody knows what dark matter or dark energy is.