There’s no doubt that we’ve figured out a lot about the cosmos, especially in the last century. But from black holes to pulsars, everything we find seems to bring just as many questions as answers. Astronomers don’t yet have all the answers, and every day heralds the arrival of a new discovery and a new cosmic mystery. 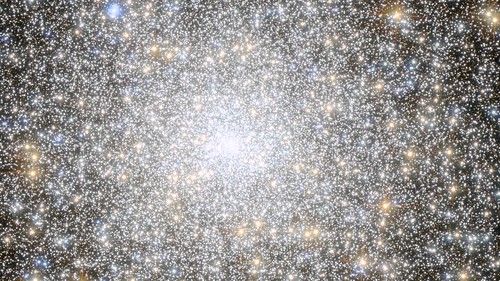 The stars of the Messier 15 globular cluster are unusually bunched in its center. The first mystery of the cluster is what’s pulling them there. It could be a bunch of dark neutron stars, though the most likely candidate is an intermediate-mass black hole.

Yet even if that’s confirmed, it just leads to more mysteries. There are three ways a suitable black hole may have formed. There could’ve been several of them of around the mass of the Sun which collided to create a much larger object. Or massive stars could’ve collided before collapsing into a black hole. Alternatively, an intermediate-mass black hole could have been created during the Big Bang. If M15 has one, its origin is a very open question.