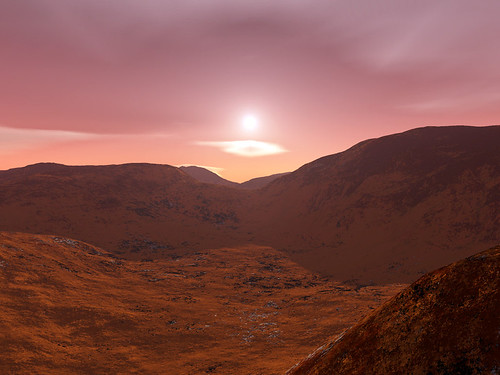 When the Mars Pathfinder (1997) and Mars Rover (2004) missions landed on the Red Planet, they landed hard. These were unmanned missions, of course, with some guidance from engineers on Earth — but not as much as they’d like.

The equipment was designed to crash land, gently, with a cage of airbags to cushion the fall from space.

Obviously, not just any airbag would work. NASA required the material to be lightweight and able to withstand extreme temperatures for the interplanetary flight.

The material also had to be tough enough to keep the airbags inflated as the whole apparatus bounced along the rocky, sharp surface of Mars.

NASA’s Jet Propulsion Laboratory worked with Warwick Mills, the company that had woven the reentry parachutes for the Apollo missions in the 1960s, to create a layered, coated, liquid-crystal polyester fiber that would fit the bill.

Warwick took the technology and ran with it, creating TurtleSkin protective gear that can withstand punctures from needles, knives and even bullets. The flexibility of the tightly woven fabric, which helped keep the Mars landers safe, now also keeps military and police officers safe.