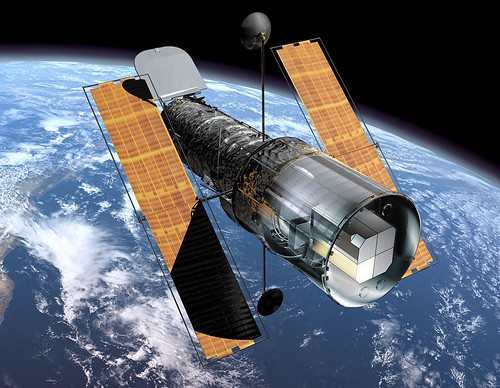 Any space nerd who remembers the Hubble Space Telescope launch in 1990 remembers seeing pictures and news videos of the giant mirrors being polished to perfection — or as close as humans can get, anyway. Minor flaws in the surface could obscure important discoveries.

Hubble and its amazing sheets of optical glass paved the way for the Terrestrial Planet Finder and its deformable mirrors, which will have 100 times the imaging power of its predecessor when NASA launches it in the near future.

Deformable mirrors don’t need to be absolutely perfect the first time out — they can adjust their positions to correct for blurring or distortion, which in space can be caused by temperature, lack of gravity or getting bumped during launch.

Deformable mirrors are not so new; they were proposed by astronomers in the 1950s and developed by the United States Air Force in the 1970s. Each system consists of the deformable mirror itself, a sensor that measures any aberrations it finds hundreds of times a second, and a small computer that receives the sensor’s readings and tells the mirror how to move to correct for the problem.