Since its beginnings in 1958, the National Aeronautics and Space Administration (NASA) has had to invent everything it needed to make space missions possible, from protective suits for astronauts to the mirrors and software used on the Hubble telescope. Take a look at these five amazing inventions, which were all developed by NASA for use in space but have found some amazing Earth-bound applications. 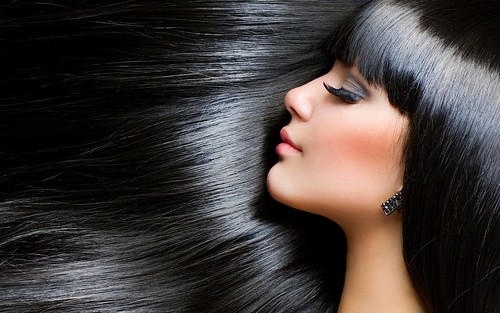 While working as a NASA scientist specializing in nanomaterials (which are 10,000 times smaller than a human hair), Dr. Dennis Morrison developed nanoceramics, which could be formed into tiny balloons called microcapsules.

These little balloons could be filled with cancer-fighting drugs and injected into solid tumors. Where, you’re wondering, does space come into this process? In order to create the microscopic membrane around the liquid drugs, the microcapsules had to be formed in low-Earth orbit.

Dr. Morrison’s ceramic nanoparticles contained metals that would react when the patient was subjected to a magnetic field, like what’s used in an MRI diagnostic machine. The capsules would melt, and the drugs would be released to fight the cancerous tumor.

It turns out that Dr. Morrison’s ceramic-magnetic particles were good for more than fighting tumors — they could also fight frizz. When incorporated into Farouk Systems’s hairstyling iron and heated, the nanoparticles released ions that made hair smooth and shiny.