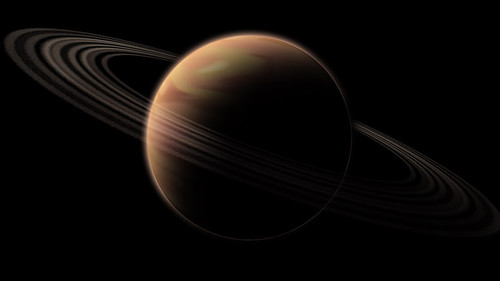 One of the other explanations for the LHB is the so-called Nice model, named after Nice, France, where it was first developed. According to the Nice model, Saturn, Uranus, and Neptune—the outer gas giants—started out in smaller orbits, surrounded by a cloud of asteroid-sized objects.

Over time, some of those smaller objects passed close to the gas giants. Those close encounters caused the orbits of the gas giants to expand, albeit very slowly. Jupiter’s orbit actually got a bit smaller. At some point, Jupiter and Saturn’s orbits got into a resonance, causing Jupiter to go around the Sun twice every time Saturn went around once. That caused havoc.

A lot happened very quickly, by solar system standards. The almost-circular orbits of Jupiter and Saturn got stretched, and Saturn, Uranus, and Neptune had several close encounters.

The cloud of smaller objects got stirred up, and the LHB was triggered. Once everything settled down, Jupiter, Saturn, Uranus, and Neptune had orbits similar to their current ones. The Nice model also predicts other features of the current solar system, like Jupiter’s Trojan asteroids, but the original model didn’t explain everything.

It needed modification. One suggested change was to add a fifth gas giant. In simulations, the event that triggers the LHB also ejects the hypothetical fifth gas giant from the Solar System. Such simulations lead to a solar system that looks like the current one, so it’s not an unreasonable idea.