5 Hypothetical Planets That haven’t been Seen (Yet) 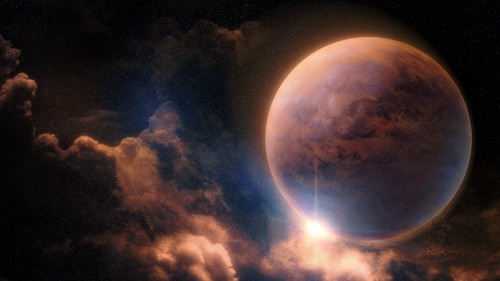 German astronomer and physician Heinrich Olbers discovered the second known asteroid, called Pallas, in 1802. He suggested that the two asteroids might be fragments of an ancient, medium-sized planet that was destroyed due to internal forces or the impact of a comet.

The implication was that there might be more objects in addition to Ceres and Pallas, and indeed, two more were soon discovered—Juno in 1804 and Vesta in 1807. The planet that supposedly broke up to form the main asteroid belt became known as Phaeton, after a character in Greek mythology who drove the sun chariot for a day.

The Phaeton hypothesis had problems, though. For example, the sum of the masses of all the main belt asteroids is much smaller than the mass of a planet.

Also, there’s a lot of variety in the asteroids, so how could they have come from the same parent? Today, most planetary scientists think the asteroids formed from the gradual sticking-together of smaller fragments.