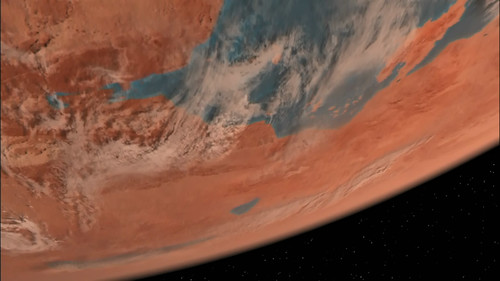 Vulcan was a small planet proposed to exist in an orbit between Mercury and the Sun. Attempting to explain peculiarities of Mercury’s orbit, the 19th-century French mathematician Urbain Le Verrier hypothesized that they were the result of another planet, which he named “Vulcan”.

A number of reputable investigators became involved in the search for Vulcan, but no such planet was ever found, and the peculiarities in Mercury’s orbit have now been explained by Albert Einstein’s theory of general relativity.

Searches of NASA’s two STEREO spacecraft data have failed to detect any vulcanoid asteroids between Mercury and the Sun that might have accounted for claimed observations of Vulcan. It is doubtful that there are any vulcanoids larger than 5.7 kilometres in diameter.

Vulcan was no longer needed, but people continued to look for objects orbiting the Sun inside the orbit of Mercury. There’s certainly nothing planet-sized, but there might be some asteroid-sized objects, which have been named “vulcanoids.”