5 Global Catastrophic the Earth will Experience in the Future 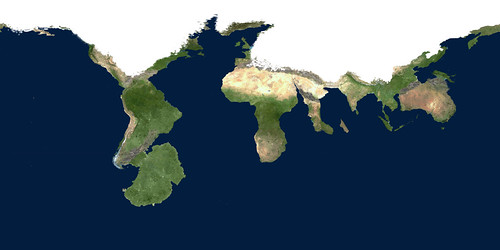 Within the next 50 million years Africa, which has been migrating north for the past 40 million years, will eventually begin to collide with southern Europe. This movement will seal up the Mediterranean sea within 100 million years, and thrust thousands of miles of new mountain ranges into existence, much to the glee of climbers worldwide.

Australia and Antarctica will also want to be part of this new supercontinent, and shall continue their paths northwards to merge with Asia. Whilst all this is occurring, the Americas will proceed on their westward course away from Europe and Africa, towards ASIA. What happens next is up for debate.

It is believed that as the Atlantic ocean grows, a subduction zone will eventually form on the western border, which will drag the Atlantic sea floor down into the earth.

This will effectively reverse the direction which the Americas are travelling, and eventually force it into the eastern border of the Eurasian supercontinent in around 250 million years time.

If this doesn’t occur, we can expect the Americas to continue their path westward until they merge with Asia. Either way we can look forward to the formation of a new hypercontinent: Pangaea Ultima – 500 million years after the last, Pangaea. Following this it will likely split once more and start a new cycle of drifting and merging.