4. Mysterious colors of the eclipse


Pictured here is a partial lunar eclipse that seems to swirl with different hues on Aug. 16, 2008.
Why does a lunar eclipse involve so many color changes?

The moon does not generate any light of its own, instead reflecting light off the sun. So when the Earth blocks the sun, it influences the lunar colors. You’ll notice that the moon does not entirely black out during a total lunar eclipse. This is because some refracted light from the sun still reaches the moon, as it is simply being bent around the Earth by our atmosphere.

So why does the moon look red? 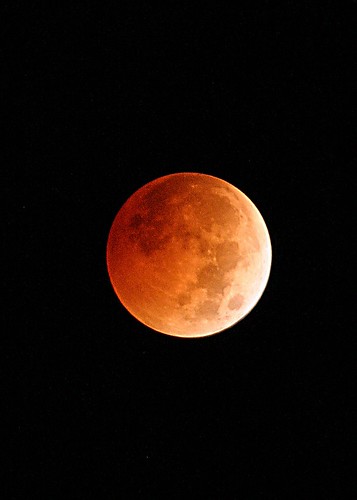