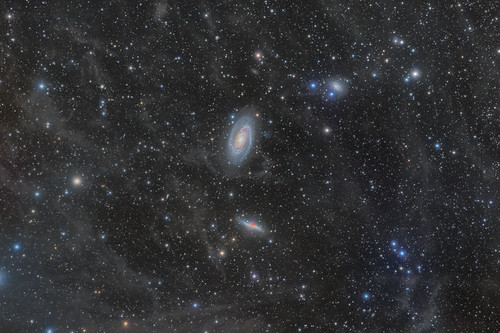 Even if we eventually solve all of the mysteries of our bodies, our planet and our universe, there remains yet another puzzle, and it is perhaps the most gobsmacking of all: the possibility of cosmic realms beyond our own.

Scientists have long proposed parallel universes with idiosyncratic laws of physics. Such a multiverse arises as an inevitability of quantum mechanics and its range of possible observations, or it might have bubbled out like soapsuds as our universe surged in size in its initial moments. Even string theory—the concept that infinitesimal strings vibrating in 10 dimensions constitute reality—points to universes by the bucketful.

These other universes, or any universe that preceded ours, might leave signatures of some sort in deep space. An intriguing new study from Roger Penrose of the University of Oxford and Vahe Gurzadyan of the Yerevan Physics Institute in Armenia suggests just that. The scientists have identified what they say are giant concentric circles in the cosmic microwave background (CMB) radiation. The CMB is a relic of the Big Bang’s detonation 13.7 billion years ago—a supposedly smooth, random radiation that suffuses the universe everywhere we look.

The recently discovered rings denote regions where temperature variations in this background radiation read as smaller than average. According to Penrose, colliding super-massive black holes in a previous aeon of our universe could have created enormous gravitational waves, which are ripples in space–time; these ripples would then impart a remarkably uniform imprint on the dark matter in our current universe as this iteration of it unfolds.

Though other groups have confirmed these structures, the interpretation of them as signs of a cycle of cosmic rebirth has been strongly contested. Other anomalies detected this decade in the CMB—a streak here, a large cold spot there—courtesy of the best available maps by the Wilkinson Microwave Anisotropy Probe have similarly fueled speculation. Alien cosmoses may have bumped into ours and left such scars, researchers propose.

All agree that more detailed maps of the CMB from the European Space Agency’s Planck spacecraft, due in about a year, will help move the debate forward—and perhaps toward a conclusion. “Notwithstanding how radical the views may sound to our ears for the time being,” Gurzadyan says

“only the experiment, or equivalently the observations, in this case, are able to provide a decisive answer.” Regardless of whether this far-out paradigm stands or crumbles, it is science on the edge, and that is the frontier of progress.