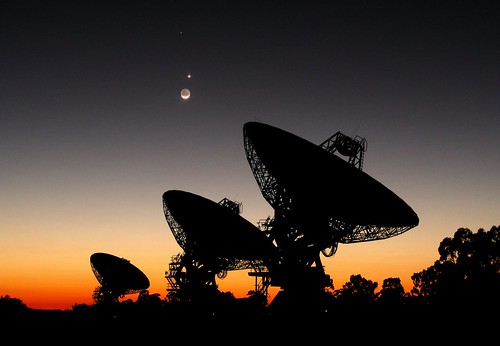 Life almost certainly exists beyond our planet. Ask most astronomers, and they’ll say it’s not a matter of if, but when we find extraterrestrial life (or, for those more paranoid, it finds us). Several recent discoveries have brought this radical moment tantalizingly closer.

From a pure numbers point of view, more stars mean more planets, which in turn mean more chances for life. To wit: Late last year, researchers reported there are three times as many stars in the universe as previously reckoned. These easily overlooked stars are dim, low-mass red dwarfs much smaller than our sun. While not ideal for the development of life, these slow-burning stars could have served as hosts for habitable planets for nearly as long as the 13.7-billion-year-old universe has existed—oodles of time for extraterrestrial creatures to take hold. (It took close to a billion years for the emergence of earthly bacteria.)

One red dwarf star with its own solar system that continues to make news is Gliese 581. Last April, astronomers announced a sixth exoplanet encircling this nearby star. This exoplanet is the first ever suspected of residing in a so-called habitable zone—the temperate orbital band around a star where critical-for-life water neither completely boils off nor freezes away.

Gliese 581g—if confirmed—is one of a few dozen super-Earths that have turned up in the bounty of 1000-plus exoplanets now on the books. Gliese 581g is likely to be three to four times as massive as Earth and with a radius about one and half times that of our planet, and if rocky, the exoplanet could well be a suitable abode for life as we know it.

That “as we know it” part might have recently undergone an important revision, too. NASA controversially announced an extremophile bacterium that can substitute the phosphorus in its DNA with arsenic, an element toxic to almost all living things. Life could be even more versatile than previously imagined. “Whatever is on the smorgasbord, life can find something to eat,” says Seth Shostak, senior astronomer at the SETI (Search for Extraterrestrial Intelligence) Institute in California.

In the years ahead, the ongoing hunt for a truly Earthlike world should have its first quarry; a potential windfall of hundreds of such worlds is expected to be discovered.

New observatories such as the James Webb Telescope, pegged for a late 2015 launch, will also provide astronomers with more detailed glimpses than ever before of faint alien worlds and their possible hints of vita incognita.

Shostak says the “whole ensemble” of new results is exciting. “With all these thumbs up,” he says, “we’re getting the drift that… E.T. is hanging out on a planet somewhere.”