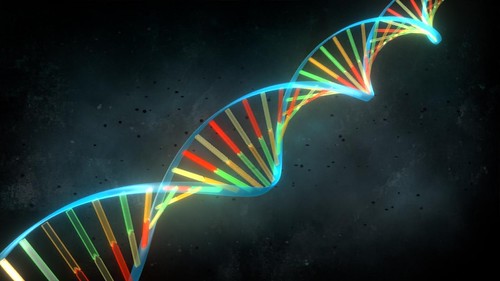 We still don’t know how exactly life got its spark on our planet, or even if it sprung up elsewhere and was subsequently delivered here by comets. But at this point, it’s fair to say we have a good handle on the recipe for life as we know it—the necessary components, the biomolecular structures they form and how the parts make up the whole. It’s in the cooking instructions, if you will, that we remain a bit fuzzy.

As for creating life from scratch, a big step was taken last May when famed geneticist J. Craig Venter and his team unveiled the first synthetic organism. The scientists crafted an entire genome from chemicals in the lab. They then implanted this synthetic genome in an empty cell, after which the cell booted up and began cranking out copies of its modified self per the implanted genetic instructions.

This artificial life form, dubbed Synthia, required the leftover cellular machinery made by a natural, preexisting organism, so science hasn’t reached back to square one yet. “Venter did not create life,” says Arthur Caplan, a bioethicist at the University of Pennsylvania, who was involved in the research. “But he showed that an artificial genome can power a bacterium, thereby taking a crucial step toward the demonstration that synthesizing life is possible.”

Venter and other geneticists are persevering in their efforts to boil life down to its very molecular essence—the minimal blueprint needed for an independent cell to persist and replicate. By studying the simple fatty and nucleic acids that make up the most basic forms of life, scientists hope to discover the boundary between mere chemical reactions and self-sustaining, evolving beings.

Along with these efforts to construct “wet,” biochemical artificial life, computer scientists have already largely succeeded in creating life in digital form. The difference between the two is not as stark as you might think; after all, biological life’s basic purpose is to make more copies of itself via instructions in DNA, and a computer program can be made to replicate itself in much the same way.

The digital organisms in the Avida project, based at the Digital Evolution Laboratory at Michigan State University, do just that—and like real critters, they compete, die and evolve. “The digital organisms in Avida are arguably as alive as natural viruses that trick a cell into doing most of the work for them,” says Charles Ofria, the Digital Evolution lab’s director.

The first results from the Avida software program were published in 2003, three years after PM last checked in. The project has continued to produce ever-richer, lifelike entities that are helping tease apart the complexities of biological evolution. “The world of Avida may be a simulation,” Ofria says, “but the evolution that occurs in that world is real.”