And the fact that we know nothing about them excites me, and I want to go out and find out about them. And that’s what science is. So I think if you’re not comfortable with the unknown, then it’s difficult to be a scientist… I don’t need an answer. I don’t need answers to everything. I want to have answers to find.”
So what are some of the top mysteries keeping scientists busy? Here’s our top 5.

5
Can We Achieve Immortality? 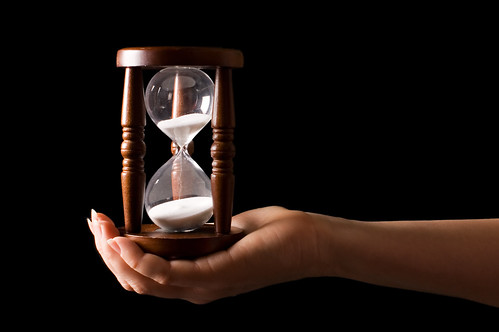 ]Common sense tells us that everything dies. But rather than face that dark truth, humankind continues to believe in mythological sources of infinite life: The quest for the fountain of youth has generated more hype (and quixotic expeditions) than perhaps any other realm of science and medicine.

Yet serious research continues into the life-extending properties of a host of compounds, including resveratrol (a substance found in grapes), rapamycin (derived from an Easter Island bacterium) and proteins made by the gene p21. These proteins inhibit other proteins in cells known to lead to amyloid plaque formation, which is implicated in Alzheimer’s, and that promote cancer development. Senex Biotechnology, a company PM first reported on in 2000, has drugs in development that work in much the same way.

Research also continues on an enzyme called telomerase, which slows the shortening of telomeres—sequences of DNA that grow progressively shorter during cell division until the cell eventually mutates or dies. In theory, stop this countdown and cells should live indefinitely. (The 2009 Nobel Prize in Medicine went to the discoverers of how telomeres and telomerase work.) Recent findings allude to telomerase’s promise: mice stripped of and then re-exposed to telomerase showed dramatic signs of reverse aging. Nutritional supplements—which do not require Food and Drug Administration approval—based on boosting telomerase levels became available a few years ago but have yet to be clinically evaluated.

Meanwhile, the results from human trials of two new compounds called synthetic activators of SIRT1 (STACs) will be released. These drugs seem to mimic the benefits of caloric restriction—which slows metabolism and produces age-delaying effects in every species tested, from yeast to primates, according to David Sinclair, a pathologist at Harvard Medical School.

But Jay Olshansky, a professor of epidemiology at the School of Public Health at the University of Illinois at Chicago, doesn’t think a cure for aging will come from a drug. “Resveratrol, telomerase, p21—all for the most part have fallen flat on their face,” he says. “In the last 10 years, there hasn’t been an intervention that slows aging in humans.” Olshansky instead believes the genes of centenarians—people who reach the century mark—hold the key to arresting the aging process.

The New England Centenarian Study (NECS), the largest study of the superannuated on the planet, is presently keeping tabs on some 1600 centenarians and hundreds of their similarly spry children.

“The reason it is so exciting is that we don’t have to jump species to see results,” Olshanksy, who isn’t involved in the study, says. “We don’t have to make the huge theoretical leap that if people could act like mice, they could live to 150. Another way of saying it is: The secret, if there is one, is already walking among us.”

Ultimately, the fountain of youth of might not be chemical or biological but technological. Futurist Ray Kurzweil has prophesied the rise of nanotechnology as the means to immortality, enabled by tiny robots zipping through our bodies repairing damaged organs and tissues. Kurzweil wagers that anyone alive by midcentury has a good shot at never dying.