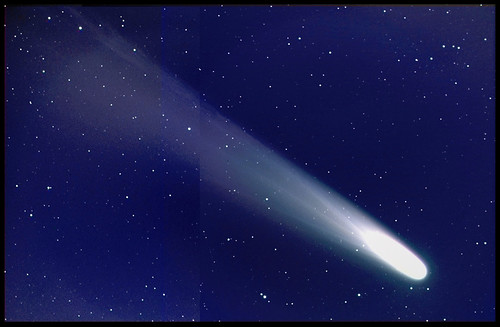 Picture a comet for a moment. Odds are most of you pictured a chunk of ice shooting through space with a stream of light or fire trailing behind it because of its speed. Well it may come as a surprise that the way a comet tail trails has nothing to do with the direction in which the comet is moving.

That’s because, unlike with meteors, the tail of a comet is not the result of friction or break up. It’s caused by heat and solar wind, which melt the ice and send dust particles flying in the opposite direction. For this reason, the tail of a comet does not drag behind it, but will always point away from the Sun.